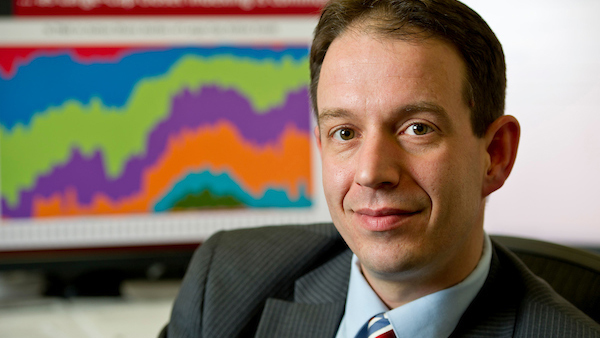 K.J. Martijn Cremers, Professor of Finance and Concurrent Professor of Law at the University of Notre Dame, presents on his ongoing research. Prior to joining the University in 2012, he was a faculty at Yale School of Management from 2002 – 2012 after obtaining his Ph.D. in finance from the Stern School of Business at New York University. Hailing from the Netherlands, his undergraduate degree in Econometrics is from the VU University Amsterdam (1993-1997). Professor Cremers' research focuses on empirical issues in investments and corporate governance. His academic work has been published in top academic journals such as the Journal of Finance, the Review of Financial Studies and the Journal of Financial Economics. His research has also been covered in newspapers like the Wall Street Journal, the Financial Times and numerous others. He is an Associate Editor at the Review of Finance (2010-) and previously was an Associate Editor of the Review of Financial Studies and of European Financial Management. At Notre Dame, he teaches courses on fixed income markets and corporate governance to M.B.A. and undergraduate students. His paper “How active is your fund manager? A new measure that predicts performance” (published in 2009 in the Review of Financial Studies) introduced a measure of active management named ‘Active Share’, which is based on a comparison of the holdings of a fund with those of its benchmark. The ‘Active Share’ measure has become widely used in the financial industry and was e.g. incorporated in Morningstar Direct and FactSet.