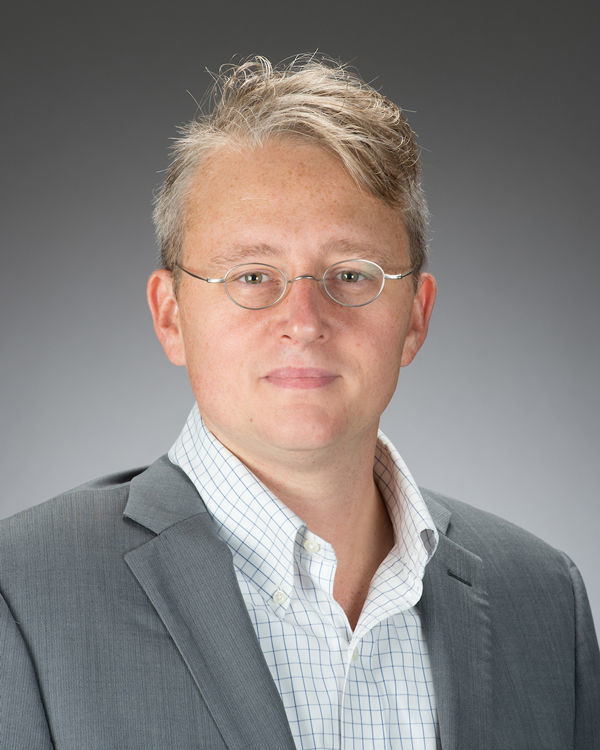 Roy Scranton, Assistant Professor of English and Creative Writing and a Faculty Fellow with the Kroc Institute for International Peace Studies here at the University of Notre Dame, presents on his research project, "Wallace Stevens, The Thin Red Line, and the Problem of the Hero" to an interdisciplinary group of scholars, artists, and scientists comprised of fellows, guest faculty and students. His research specialties include creative nonfiction, fiction, literary journalism, war writing, environmental humanities, and 20th century American literature.

Professor Scranton is the author of Learning to Die in the Anthropocene: Reflections on the End of a Civilization (2015) and the novel War Porn (2016). His essays, journalism, short fiction, and reviews have appeared widely. In addition, Roy co-edited Fire and Forget: Short Stories from the Long War (2013). His New York Times essay “Learning How to Die in the Anthropocene” was selected for The Best American Science and Nature Writing 2014, and his essay “The Terror of the New” was selected as a notable essay in Best American Essays 2015. His current project, Total Mobilization: World War II and American Literature, is a critical genealogy of American World War II literature, tracing how a complex array of texts exploring the problem of the hero in industrial capitalism was obscured and displaced, during and after the Vietnam War, by a literary canon centered on narratives of American trauma.

Roy was the recipient of a Mrs. Giles G. Whiting Fellowship in the Humanities (2014–2015), won the Theresa A. White Literary Award for short fiction (2009), and was a post-doctoral fellow at the Center for Energy and Environmental Research in the Human Sciences at Rice University (2016).