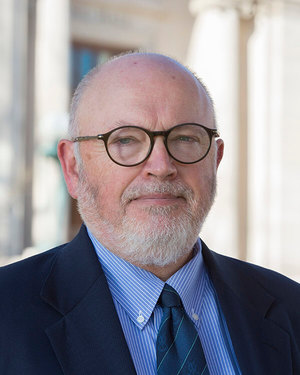 Philip Bess, Professor of Architecture at the University of Notre Dame, presents his research project, "After Burnham: The Notre Dame Plan of Chicago 2109," to an interdisciplinary group of NDIAS Fellows, guest faculty, and students.

Bess specializes in urban design and theory, with a particular interest in classical humanist urbanism in the context of modernity. With a view of cities and human flourishing informed by Aristotle, Aquinas, Tocqueville, and Henry George, he directs an ongoing studio-based “ideal city” project envisioning metropolitan Chicago as a 4,000-square-mile agrarian-urban unit at the bicentennial of Daniel Burnham’s 1909 Plan of Chicago.