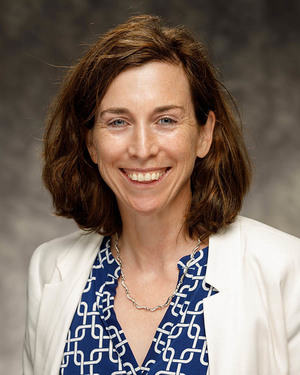 Eileen Hunt Botting is Professor of Political Science, a Fellow of the Nanovic Institute for European Studies and the Kroc Institute for International Peace Studies, and Concurrent Faculty in Gender Studies at the University of Notre Dame. She will complete two books while a Distinguished Fellow of the NDIAS: Mary Shelley and the Politics of Making Artificial Life: Political Science Fictions after “Frankenstein” and Portraits of Wollstonecraft.

She is the author or editor of seven books, including Family Feuds: Wollstonecraft, Burke, and Rousseau on the Transformation of the Family (SUNY, 2006), Feminist Interpretations of Alexis de Tocqueville (Penn State, 2009, co-edited with Jill Locke), the first scholarly edition of Reminiscences and Traditions of Boston by Hannah Mather Crocker (NEHGS, 2011, co-edited with Sarah L. Houser), a scholarly edition of A Vindication of the Rights of Woman by Mary Wollstonecraft (Yale, 2014), Wollstonecraft, Mill, and Women’s Human Rights (Yale, 2016), Mary Shelley and the Rights of the Child: Political Philosophy in “Frankenstein” (Penn, 2017), and The Wollstonecraftian Mind (Routledge, forthcoming 2019, and co-edited with Sandrine Bergès and Alan Coffee). She has also authored over fifty articles, chapters, essays, and reviews, in venues such as Aeon Magazine, The Washington Post, Political Theory, History of European Ideas, The American Political Science Review, and Reproductive Ethics II.