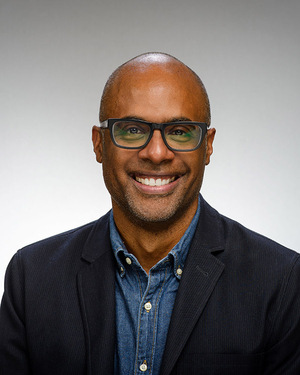 Brett Gadsden is an Associate Professor of History at Northwestern University. His research and teaching focus on race, politics, law, and social movements in twentieth-century U.S. history.

He is currently working on a book titled From Protest to Politics: How African Americans Transformed the Presidency, which is under contract with Dutton, an imprint of Penguin Random House. From Protest to Politics explores the political labor of a number of African Americans who were the first to earn appointments to positions of substantive political and administrative authority in the federal executive branch in the Kennedy, Johnson, and Nixon administrations. From key advisory, cabinet, and other important managerial positions, they opened a new front of civil rights activism—federal public service—as they endeavored to translate the spirit of the civil rights movement into concrete political and policy prescriptions. This project, thus, engages the matter of diversity in a break in modern American political history, after which questions surrounding the roles that African American public officials played in the making of public policy took on greater urgency.

Gadsden’s first monograph, Between North and South: Between North and South: Delaware, Desegregation, and the Myth of American Sectionalism, was published by the University of Pennsylvania Press in 2013. He has published articles in the Journal of Urban History and the Journal of African American History. His research has been supported by grants from the Alice Kaplan Institute for the Humanities, John f. Kennedy Library Foundation, Lyndon B. Johnson Foundation, Smithsonian Institution, and Spencer Foundation.