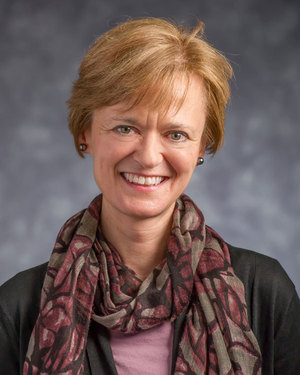 Margaret (Peggy) Garvey is a Ph.D. candidate in the Literature program at the University of Notre Dame. Her dissertation integrates the fields of theatre performance, philosophy, and Greek tragedy and focuses on a philosophical analysis of Jacques Copeau (1879-1949). Copeau’s innovative educational methods initiated the “physical theatre” movement of the early 1900s, which transformed actor training worldwide. The dissertation assesses the extent to which the Aristotelian-Thomist philosophy of Maria Montessori influenced Copeau’s educational and theatre theories.

Ms. Garvey has written numerous articles, including: “The metaphysics of Jacques Copeau’s mask – the missing Montessorian link” in New Theatre Quarterly (forthcoming); “Jacques Copeau and Physical Theater’s Aristotelian-Thomist Soul” in the Journal of Religion and Literature (forthcoming); and “A New Context for Constructing Aristotelian Catharsis” in the Journal of Dramatic Criticism and Theory (Fall 2002). She has directed a number of plays, designed experimental educational theatre, and presented her research at a number of conferences. She has been an educator at various schools and institutions.

Ms. Garvey has received grants from the Notre Dame Downes Travel Grant and a scholarship from Bryn Mawr College’s Institut d’études françaises d’Avignon. She has been the recipient of the Paul Tobin Graduate Dissertation Fellowship and several field-research grants from the Nanovic Institute for European Studies.She organized a major international conference in October 2013, The Actor as Person, Theatre as Communion–the 100th Anniversary of the Vieux Colombier Theatre and Theatre School (October 1913), (www.actorasperson.weebly.com) with sponsorship from the Nanovic Institute, the Film, Television and Theatre and the Romance Languages and Literatures Departments, the Center for Social Concerns and the Institute for Educational Initiatives at Notre Dame.