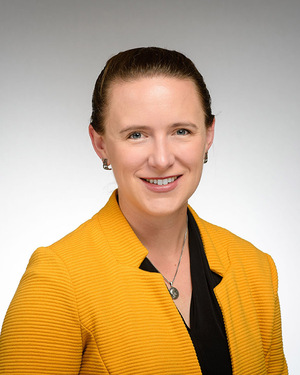 Eliza Gettel is the Albert R. Lepage Assistant Professor of History at Villanova University. She is a historian of the ancient Mediterranean with specialties in the ancient Greek and Roman worlds. At Notre Dame, she will be writing her first book, Between Federation and Empire: The Koinon in Roman Hellas. It reveals the durability and dynamism of Greek federalism within the Roman Empire. Its arguments engage with transhistorical phenomena about “the public,” such as its scalability, the role of cosmopolitan elites, and translations between different societies’ understandings of the concept.

A common theme of Gettel’s publications is how institutions shape the ways in which people experience the world around them, especially in a pre-modern society. She has two published articles and another forthcoming chapter on federalism in the ancient Greek and Roman worlds. She has also published on displaced persons in the Hellenistic Mediterranean and connections between the fields of classics and early anthropology. Her publications often evidence her deep interest in the material remains of the past. She has worked on archeological excavations in Jordan, Greece, and Turkey, and she has research specialties in Greek epigraphy (study of inscriptions) and numismatics (study of coins).

Her research has been supported by fellowships and grants from the Kommission für Alte Geschichte und Epigraphik des Deutschen Archäologischen Instituts in Munich, the Council of American Overseas Research Centers, Social Science Research Council, the Association of Ancient Historians, Villanova University, and Harvard University. She is a former US-UK Fulbright Postgraduate Scholar.