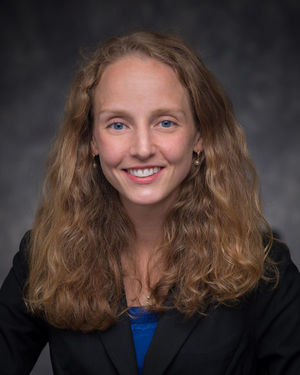 Katie Jarvis is Assistant Professor of European History at the University of Notre Dame. She is a historian of early and late modern France. Her research focuses on popular politics, broadly conceived, during the French Revolution. She is especially interested in the intersection of social and cultural history, as well as gender history. She teaches courses on French and European history from the seventeenth century to the present.

Jarvis’s current manuscript, Politics in the Marketplace: Work, Gender, and Citizenship in Revolutionary France, emanates from Parisian market women called the Dames des Halles during the French Revolution. Using the Dames as a lens, she asks how the revolutionaries negotiated the dual rise of democratic aspirations and capitalism through their everyday trade. She probes how the Dames invented a notion of nascent citizenship that took work, rather than gender, as its cornerstone. Simultaneously, she analyzes how the revolutionaries debated the political role of the popular classes through the market women. These crucial contests would engross the French nation — and much of Europe — for decades.

Jarvis has published in La Révolution française (2015) and has co-edited a special journal issue of Genre & Histoire (2016). Jarvis’s forthcoming articles include "Exacting Change: Money, Market Women, and the Crumbling Corporate World in the French Revolution" in the Journal of Social History (2018) and "'Patriotic Discipline': Cloistered Behinds, Public Judgment, and Female Violence in Revolutionary Paris" in the volume Practiced Citizenship: Women, Gender, and the State in Modern France edited by Nimisha Barton and Richard Hopkins. Jarvis has also served as a steering member of a Paris-based workgroup on gender and the popular classes.

Jarvis’s next book project, titled Democratizing Forgiveness: Reconciling the Nation in Revolutionary France, discerns how the revolutionaries reconceptualized and practiced forgiveness during a period of dramatic conflict. Democratizing Forgiveness analyzes how, after wresting the power to pardon from the crown and the cross, the revolutionaries refashioned reconciliation in diverse legal, economic, and political forms. From debt forgiveness to revolutionary catechisms, citizens attempted to repair the broken bonds of everyday life and reconstructed the body politic in the process.

Professor Jarvis’s research has been supported by major fellowships from the Fulbright Association, the American Council of Learned Societies, and the Mellon Foundation/Council for European Studies. Her archival trips have been funded by grants from the Société des Professeurs Français et Francophones d'Amérique, the Institut Français d’Amérique, Baylor University, Phi Alpha Theta, Society for French Historical Studies, and the Western Association of Women Historians. In 2012-2013, she was an ACLS Residency Fellow at the University of Wisconsin Institute for Research in the Humanities. A Gerda Lerner Fellowship in Women’s History as well as a George Mosse Prize Lectureship supported her doctoral work at the University of Wisconsin-Madison. 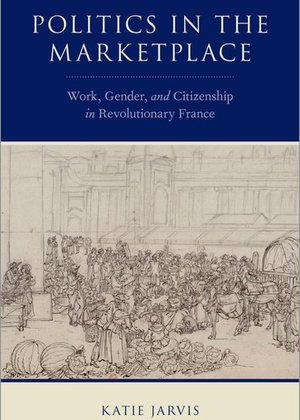 Politics in the Marketplace