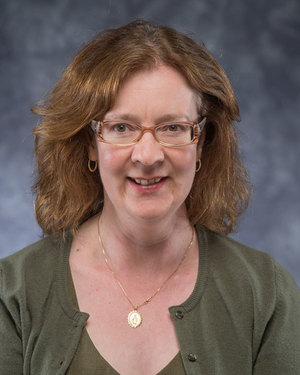 Catherine Kavanagh is Senior Lecturer in the Department of Philosophy at Mary Immaculate College. Her interests include Medieval philosophy, Medieval theology and patristics, especially the systematic areas of Christology and Trinitarian theology, and the relation of these to contemporary developments in philosophy and theology.

She has held the Irish Research Council for the Humanities and Social Sciences Fellowship in Early Medieval Thought in the School of Classics and worked at the Società Internazionale per lo Studio del Medioevo Latino, Florence, funded by the Italian Ministero degli Affari Esteri. She was elected President of the Irish Philosophical Society in 2011, having previously served on the Committee for several years. She has also served on the Royal Irish Academy’s Committee on Philosophy and Ethics on behalf of the Irish Philosophical Society and on behalf of the Department of Philosophy, Mary Immaculate College, and she is External Examiner in Philosophy for All Hallows College, Dublin.