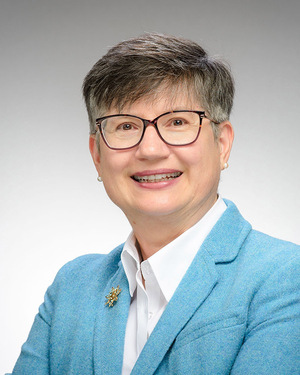 Elisabeth Köll is the William Payden Collegiate Professor and current chair of the History Department at the University of Notre Dame. She specializes in China's business and socioeconomic history from the mid-19th century to the late 20th century. Her research focuses on the role and transformation of institutions in China’s evolution from empire to modern nation-state and how these changes allow us to interpret ruptures and continuities in China's economy and society past and present.

Köll is the author of the book From Cotton Mill to Business Empire: The Emergence of Regional Enterprises in Modern China (Harvard East Asian monograph series, 2003), which traces the managerial and financial evolution of China’s first incorporated enterprise. In Railroads and the Transformation of China (Harvard University Press, 2019), she uses the Chinese railroad system as a prism to explore the social, economic, cultural, and political functions of railroads but also demonstrates how China’s development shaped the railroad itself as a bureaucratic and economic system. In addition to many book chapters and articles, most recently she contributed the chapter “Transportation and Communication Infrastructure” to The Cambridge Economic History of China, 1850-1950 (Cambridge University Press, 2022).

Köll's research has been supported by fellowships from the ACLS and the Chiang Ching-kuo Foundation as well as various research grants for archival work in Asia and Europe. Her current research project on "Pawnbroking and Informal Finance in Modern China" explores China’s role in the global history of informal finance and the different paths of transitioning to modern banking institutions. Köll is also writing a book for a general audience with the working title "An American Salesman in China: Business and Society in the Globalizing Economy of the 1920s.” She serves as an editorial board member for the journals Twentieth-Century China and Business History.