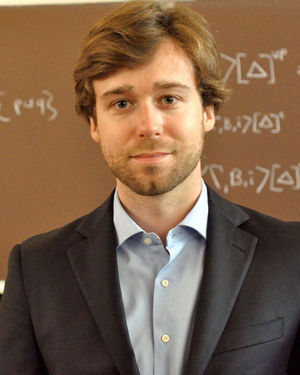 Philipp Koralus specializes on the intersection of the philosophy of language and mind, linguistics, and cognitive neuroscience. His current research focuses on the development of an approach to the philosophy of language that connects with cognitive science more substantively than traditional approaches. He is working on a new theory of the semantics and pragmatics of proper names, descriptions,and mental state verbs that is integrated with syntactic theory and the psychology of reasoning. He is also working on a new neural network model of the perceptual mechanisms recruited by the Necker cube, motivated by an application of the methods of semantic analysis to vision. The broader aim of Koralus’ research is to investigate the following bold hypothesis: beyond the contributions of domain-specific “semantic features,” both vision and language are based on the same principles of “inference to the best interpretation,” centered on the idea that we treat perceptual input as answers to our background questions.

Professor Koralus is collaborating with researchers at Dartmouth and Duke on a neuroimaging project that is providing evidence that the brain systems underlying moral judgments about different types of transgressions are less unified than has been thought. He also maintains an interest in political philosophy, specifically concepts of political freedom