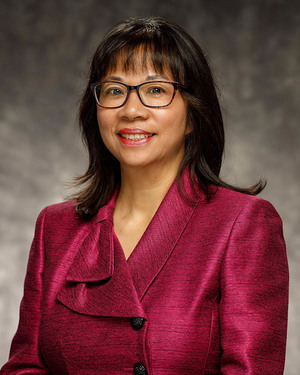 Jin Lu is Professor of French at Purdue University Northwest and specializes in French Enlightenment, including Catholic Enlightenment and global religious studies. Her current research project examines the contribution of a group of interconnected polyglot Chinese Catholic intellectuals who belonged to three intersecting global Catholic networks that paved the way to Vatican II’s openness to non-Christian spiritual traditions: Saint Andries Abbey, Jesuit Theologate at Lyon-Fourvière, and the Cercle Saint-Jean-Baptiste. It reflects her passionate interest in global religious movements as cross-cultural encounters, and it expands her previous research on the Jesuit contribution to the Enlightenment as well as the cross-cultural relation between France and China.

Professor Lu has authored a monograph on the plurality that characterizes the figure of the philosophe in eighteenth-century France, including the philosophe chrétien («Qu’est-ce qu’un philosophe?» Éléments d’une enquête sur l’usage d’un mot au siècle des Lumières [What Is A Philosopher? An Inquiry into an Enlightenment Keyword], Laval University Press, 2005), served as an editor, contributor and co-translator for a book on the images of France during the Qing dynasty with her own contribution focusing on a decentralized definition of exoticism as a way of perceiving others (Images de la France sous la dynastie des Qing (1644-1911) [Images of France during the Qing Dynasty (1644-1911)], Laval University Press, 2009), and published numerous articles and book chapters on the French Enlightenment, including the Catholic Enlightenment, cross-cultural relations, and global religious studies. Between 2002 and 2009, she published a series of articles of literary and cultural criticism in China Reading Weekly (Zhonghua dushubao), a widely circulated and highly regarded cultural weekly in China. From 2013 to 2016, she was a contributor to Taipei Ricci Institute’s eRenlai magazine, a partner of the Catholic magazine Global Pulse/La Croix International. Her article published in the journal Esprit (June 2015) deals with Pope Francis’ Jesuit spirituality and the current challenges facing the Catholic Church in China. She also co-authored the book Dancing on the Bridge: Intercultural Encounter and Dialogue (with Benoit Vermander, S.J., Peking University Press, 2016).