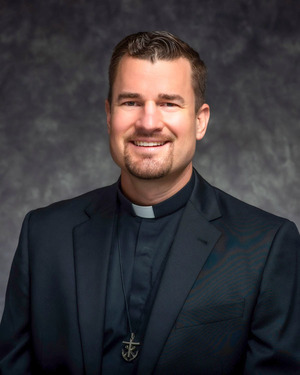 Aaron Michka is a priest of the Congregation of Holy Cross and a doctoral candidate in anthropology at the University of Michigan. His research focuses on the intersection of Christianity and Islam in the contemporary Middle East, especially Egypt.

In the first study of its kind, his dissertation examines how residents of a Coptic town in Upper Egypt conceptualize and draw upon an otherwise absent Islam. Fr. Michka’s study is based on nineteen months of research conducted in Egypt’s Asyut Governorate. Set in a time of increasing violence against Egypt’s Coptic minority, he uses fine-grained ethnography to show how, surprisingly, the absence of Muslims has created problems for residents of this Coptic town. By following how an imagined Islam is reincorporated into fundamental parts of everyday Christian life, he aims to deepen our understanding of sectarianism and the way distrust of religious others can be overcome. He has presented his findings at a variety of academic conferences, including the most recent meetings of the American Anthropological Association.

Fr. Michka is the recipient of the Rackham Merit Fellowship at the University of Michigan. He holds degrees from Oxford and Notre Dame, and he has studied Arabic at the University of California, Berkeley and the Dar Comboni in Cairo, Egypt. Before beginning his graduate studies, he served three years as Associate Pastor and Assistant Director of Formation with the Holy Cross community in Monterrey, Mexico.