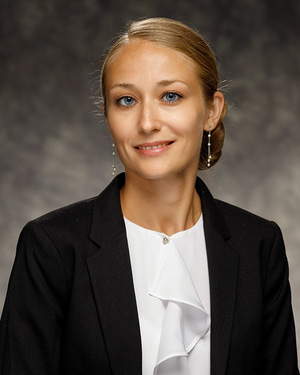 Yuliya Minets is a Postdoctoral Research Associate at Princeton University’s Seeger Center for Hellenic Studies, supported by the Committee for the Study of Late Antiquity. Her interdisciplinary research focuses on the intersection of early Christian studies, history, classics, and linguistics. She is currently working on her book The Slow Fall of Babel: Languages and Identities in Late Antique Christianity, expected to be published with Cambridge University Press. The book explores early Christian ideas on languages and on linguistic history and diversity. It investigates how different languages and language-related socio-cultural stereotypes influenced the formation of specifically Christian and distinct confessional identities in the Western and Eastern Mediterranean, Europe, and the Near East.

Her articles “Languages of Christianity in Late Antiquity: Between Universalism and Cultural Superiority” in the Studia Patristica (2017) and “Xenolalia in Christian Literature of Late Antiquity” in the Language and Culture in Early Christianity: A Companion (2018) explore different aspects of linguistic ideas and language ideologies in the late Roman Empire and the Syriac Orient. Her article “Palladius of Helenopolis: One Author, Two Ways to Write” in the Journal of Early Christian Studies (2017) analyzes the narrative strategies and discursive conventions that Palladius employed in his works and discusses why one author could produce two very disparate compositions. She uses the concepts and approaches offered by reader-response criticism in order to differentiate between an implied audience of the historical narrative as the narrative mediates it and the actual historical audience (i.e., real people of flesh and blood who read the book in the past). She has written book reviews for Hugoye: Journal of Syriac Studies and a number of journal articles on Byzantine and Early Christian studies published abroad.

Her previous research projects have been supported by the Lindsay Young Visiting Faculty Fellowship at the Marco Institute for Medieval and Renaissance Studies (University of Tennessee, Knoxville), the Dumbarton Oaks Research Fellowship, the Mellon-Helis Fellowship for Studies in Early Christianity (Catholic University of America), and the Central European University Master’s Scholarship.