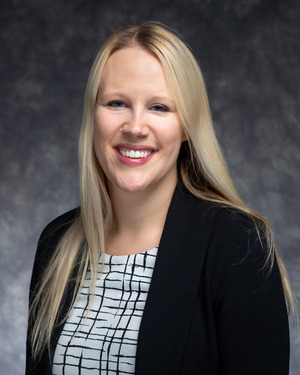 Hollie Nyseth Brehm is Associate Professor of Sociology at The Ohio State University. Her research agenda is motivated by the fundamental questions of why and how atrocity crimes occur and who commits them, as well as the process of transitional justice after atrocities. She is currently studying the reentry and reintegration of people who spent time in prison for committing genocide in Rwanda.

Professor Nyseth Brehm has published 35 articles and book chapters on genocide and human rights. Her recent publications appear in Social Forces, Social Problems, Law & Social Inquiry, and Law & Society Review. Her Criminology article, “Age, Sex, and the Crime of Crimes,” has received the James F. Short Distinguished Article Award from the American Sociological Association. She is also the co-editor of the Oxford Handbook on Atrocity Crimes and is on the editorial boards of Law & Society Review and Contexts, as well as the Editor in Chief of the International Association of Genocide Scholars Policy Brief Initiative.

Nyseth Brehm is the recipient of the International Association of Genocide Scholars’ Emerging Scholar prize as well as the American Society of Criminology’s Cavan Young Scholar Award, which are the highest honors given to early-career scholars in each association. She is currently the Principal Investigator of two grants from the U.S. National Science Foundation, as well as co-PI on a grant from the Harry Frank Guggenheim Foundation. She serves on a U.S. atrocity prevention task force and works with Rwanda’s National Commission for the Fight Against Genocide and Rwanda’s Institute of Research and Dialogue for Peace. Nyseth Brehm is also on the boards of the International Association of Genocide Scholars and I-Activism, which builds preschools in refugee camps. She has won Ohio State’s highest teaching honor, and she brings Ohio State students to Rwanda each summer to learn about the genocide. She and her students also co-founded a nonprofit organization dedicated to refugee mentoring and access to education throughout Ohio.