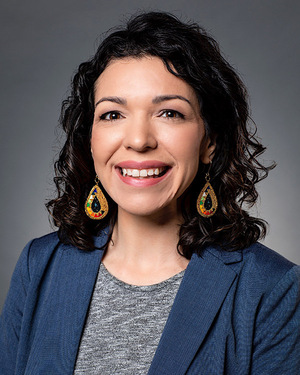 Theresa Rocha Beardall is an Assistant Professor of Sociology at the University of Washington. She uses legal contracts to organize her sociolegal study of race, power, policing, and tribal sovereignty and examines how systems of law and agents of the state enforce various modes of state violence. Her findings highlight how marginalized populations continue to disproportionately experience and actively resist state violence and the role of public policy in reducing these inequalities.

Rocha Beardall is currently working on her first book, Transactional Policing and the Political Economy of Public Safety. This timely ethnographic book focuses on a central moral and legal problem: municipal police forces are paid to use force against communities for which they are hired to protect and serve, and in the process, this force is unevenly distributed across social groups. Rocha Beardall is also the author of several articles appearing in leading interdisciplinary journals including Sociology of Race and Ethnicity, Columbia Journal of Race and Law, and the American Indian Culture and Research Journal, among other venues.

Rocha Beardall’s research has been supported by generous grants from the William T. Grant Foundation, the Spencer Foundation, and Casey Family Programs. She is currently a William T. Grant Advanced Quantitative and Computational Scholar and member of the Racial Democracy Crime and Justice Network.