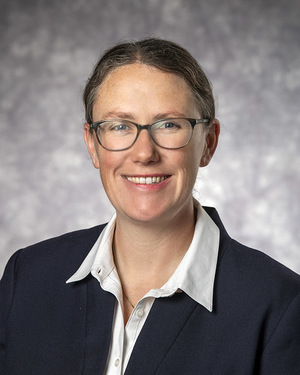 Meghan Sullivan is the Wilsey Family Professor of Philosophy at the University of Notre Dame. Her research tends to focus on philosophical problems concerning time, modality, rational planning, value theory, and religious belief (and sometimes all five at once). She has published work in many leading philosophy journals, including Nous, Ethics, and Philosophical Studies. You can read many of those papers here. Her first book—Time Biases—came out with Oxford University Press in summer 2018. Time Biases develops a theory of diachronic rationality, personal identity, and reason-based planning. She is now writing a second research book on intellectual commitment, ethical commitment, and rational faith. It’s tentatively titled Agapism: A Theory of Our Inner Lives and Outer Commitments. And with Paul Blaschko she is writing a general audience philosophy book based on the God and the Good Life project. That title is under contract with Penguin Press (Penguin Random House). It is creatively titled God and the Good Life.

Sullivan is deeply interested in the ways philosophy contributes to the good life and the best methods for promoting philosophical thought. Since 2017, Sullivan and the GGL team at ND have raised over $1.3M to support projects for research, teaching, and digital outreach in publicly engaged philosophy. Sullivan is currently the Principal Investigator for the Mellon Foundation’s Philosophy as a Way of Life grant (2018-2021). Information about joining the Mellon Network can be found at philife.nd.edu. She is also the PI for the John Templeton Foundation’s Philosophy and Religion Engaged with the Public (PREP) pilot program. And in July 2018 she co-organized an NEH Institute on Philosophy as a Way of Life with Stephen Angle (Wesleyan) and Stephen Grimm (Fordham). The Engaged Philosophy Group collaborates with faculty at many departments in the U.S. and abroad.The Chronicle of Higher Education recently covered one of Sullivan’s major teaching initiatives, and she was selected to the 2020 Michiana Forty under 40 class.

Sullivan teaches courses at all levels and, in addition to her work at the NDIAS, directs Notre Dame’s God and the Good Life Program. Sullivan regularly writes shorter general interest essays and gives public philosophy talks. She is Executive Committee Member-at-Large for the American Philosophical Association (Central Division). She serves on (too) many committees and frequently does research with postdocs, graduate, and undergraduate students. You can get all of the gory details by reading her CV.

Sullivan has degrees from the University of Virginia (B.A.: Philosophy and Politics, Highest Distinction), Oxford (B.Phil.: Philosophy), and Rutgers (Ph.D.: Philosophy). She studied at Oxford as a Rhodes Scholar (Balliol College).

When not philosophizing or leading the NDIAS, Sullivan enjoys cooking, biking, building elaborate Lego sets, reading science fiction, and traveling the world. She cheers for the Fighting Irish and Virginia Cavaliers in all of their endeavors, and when they play each other she has a rational crisis.