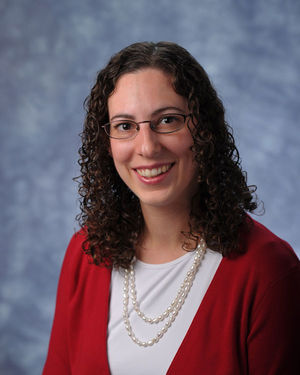 Andrea L. Turpin is Associate Professor of History at Baylor University and Faculty Fellow at the university’s Institute for Studies of Religion. She earned her Ph.D. from the University of Notre Dame, and also holds an M.A. from Gordon-Conwell Theological Seminary and a bachelor’s degree from Princeton University.

Her first book, A New Moral Vision: Gender, Religion, and the Changing Purposes of American Higher Education, 1837-1917, grew out of her research at NDIAS and was published by Cornell University Press in 2016. A New Moral Vision explores how the entrance of women into U.S. colleges and universities shaped changing ideas about the moral and religious purposes of higher education in unexpected ways, and in turn profoundly shaped American culture. The book has won two awards: the 2017 Lilly Fellows Program Biennial Book Award for scholarship from any field related to religion and higher education and Baylor University’s 2016 Guittard Book Award for Historical Scholarship. Dr. Turpin has also published several peer-reviewed articles in journals including the History of Education Quarterly, Perspectives in the History of Higher Education, and The Journal of the Gilded Age and Progressive Era. Her second book project, tentatively entitled A Debate of Their Own: Women in the Fundamentalist-Modernist Controversy, positions women as key players in the narrative of the Protestant fundamentalist-modernist controversy of the early twentieth century, the split between theological and social liberals and conservatives which many credit with giving birth to the modern culture wars.

Dr. Turpin has presented her research at various national conferences including the American Historical Association, the Organization of American Historians, the American Society of Church History, the Society for U.S. Intellectual History, the History of Education Society, and the Conference on Faith and History. She has been the recipient of multiple external grants including ones by the Radcliffe Institute for Advanced Study, the Princeton University Library, the Bentley Historical Library, the Sophia Smith Collection, and the Presbyterian Historical Society. At Baylor, Dr. Turpin teaches undergraduate courses on women’s and gender history, the Gilded Age and Progressive Era, and U.S. Utopian Ideas and Communities. She teaches a graduate course on Women, Gender, and Sex in U.S. Religious History. Dr. Turpin also serves on the Council of the American Society of Church History and is co-chair of the Higher Education affinity group of the History of Education Society. She blogs monthly at Religion in American History. 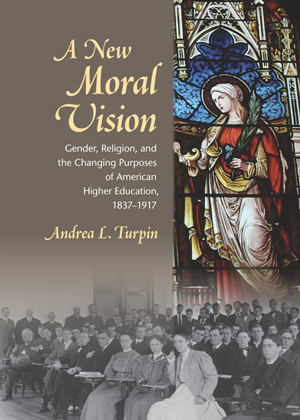