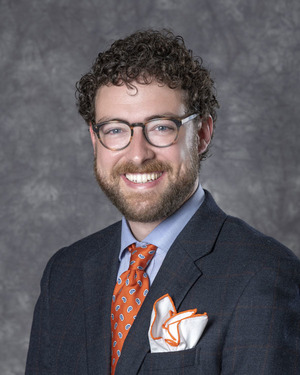 J. Columcille Dever is a fifth-year doctoral candidate in the History of Christianity Program in the Department of Theology at the University of Notre Dame. His research focuses on the theology and history of Early Christianity, particularly that of Roman North Africa, its reception in the Middle Ages, and in contemporary Systematic Theology. Dever’s dissertation, “The God of Israel: A Theological Reading of Tertullian's Adversus Marcionem,” historically situates Tertullian’s treatise and offers a theologically engaged reading of its enduring relevance. Marcion of Sinope had denied the identity of the God of Israel with the Father of Jesus and the relevance of the Jewish Scriptures to Christian theology. Dever describes Tertullian’s decisive refutation of these views, tracing Tertullian’s rhetorical strategy and theological insight in articulating both the unity of the Christian God and the coherence of the biblical narrative.

Dever received his Bachelor of Arts degree in Philosophy and Classics from the University of Notre Dame (2007-11). As a Ray C. Petry Merit Scholar, he received his Master of Theological Studies degree at Duke Divinity School with a focus on Early Christian Studies (2013-15). He has published review essays in Augustinian Studies, Modern Theology, and Pro Ecclesia, as well as an article on Tertullian’s appropriation of the classical myth of Prometheus in Oxford’s Studia Patristica. Dever has presented his research at the International Patristics Conference, the Society of Biblical Literature, and the International Medieval Congress, among others.