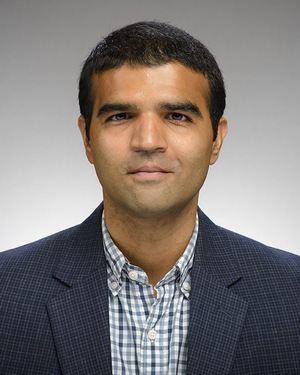 Khan Shairani is a doctoral candidate in Peace Studies and History at the University of Notre Dame. Interested in the intersection between religion and peace, his work ranges from historical instantiations of Islam to modern engagements with Islamic tradition. His dissertation examines the intellectual legacy of two eighteenth-century Islamic scholars from the Mughal and the Ottoman empires who transformed the epistemologies of classical Islamic thought in response to internal and colonial challenges. In particular, he explores how Muslims can navigate tumultuous times by re-engaging and reviving their tradition. His other research interests include colonialism and post-colonialism, Islamic theosophy and, representations of Muslims in film.

Khan received his undergraduate degree in Arabic and Chinese from Williams College and his Master’s degree in Islamic Studies from Harvard Divinity School. While at Notre Dame, he has been a translator and instructor for the Madrasa Discourses program, an initiative funded by the Templeton Foundation that teaches science and philosophy to Islamic seminary graduates. He has also founded the Graduate Film Club (FLIC), which attempts to introduce intersectional and diverse cinema to students.