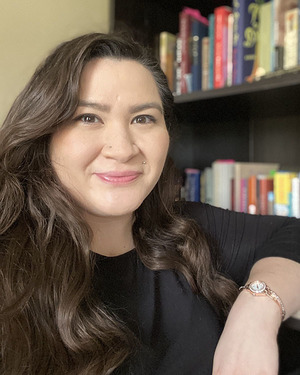 Dominique Vargas is a Ph.D. candidate in English with a minor in Gender Studies, a Graduate Fellow with the Institute for Latino Studies, and a graduate associate with the Kaneb Center at the University of Notre Dame. She researches and teaches 20th and 21st century American literature with a focus on race, gender, linguistics, and literary theory. Her dissertation, “Strategic Insurgency after NAFTA: Coalition, Performance, and Realisms in Multi-ethnic Women’s Literature,” explores the varied uses of the corporeal body in contemporary literature by women of Canada, the United States, Mexico, the Northern Triangle, and the Caribbean. She argues that nonrepresentational and nonverbal discourses in literature of the Americas actively build coalition among women of color. She claims that the relational trust of these coalitions, built through a repertoire of nonrepresentational discourses, is an ethical choice over visibility.

Vargas received her undergraduate degree in English and a master’s degree in English Literature and Language from St. Mary’s University. She also received a Master of Fine Arts degree in writing and poetics from the Jack Kerouac School at Naropa University. In January 2020, her article, “Slow Encounter,” was published in Post45 Contemporaries. She has presented her research at the Association of the Arts of the Present, the South Central Modern Language Society, and The Society for the Study of the Multi-Ethnic Literature of the United States.