Branches of the Same Tree:

Toward a Scientific Reflection upon Value


[Scientific] thinking, born out of engineering and mathematics, implemented in computers, drawn from a mechanistic mind-set and a quest for prediction and control, leads its practitioners, inexorably I believe, to confront the most deeply human mysteries.
— Donella H. Meadows, Thinking in Systems: A Primer 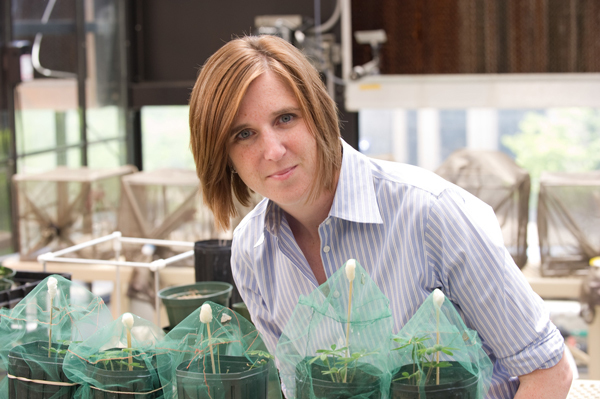 The  twenty-first century is likely to be remembered as the century of biology. We are gaining vast biological insights—and vast power over biological systems—because of high-throughput genetic sequencing technology and computer algorithms that handle vast amounts of data. These insights will give us not only the power to treat disease, but also the power to re-engineer the human body and even nature itself.

As science creates new opportunities, however, it also creates new challenges—ones, it seems, that we rarely anticipate. Those who invented rocketry surely never predicted the logic of mutually assured destruction. And those who invented the Internet thought to empower neither criminal syndicates nor child pornographers. This century will see technological and social changes that are equally profound—and we should think more about their consequences. But this can happen only if scientists—the people who study natural phenomena and invent technical solutions to human problems—are willing to confront the role that values play in determining the direction and application of their research.

Many scientists assume that they have nothing to do with questions of value. It is the task of the scientist, they assume, to reveal how things are—regardless of how the world wants them to be. But that misses the point. We live in a time of unprecedented scientific scope and power, and we can no longer pretend that our assumptions about which problems are most worthy of study and which solutions are most worthy of implementation are not rooted in value-laden judgements and decisions. If scientists intend to address the deepest needs of our world, they must play a role in the direction and application of scientific research—and doing this requires a discussion about social and scientific values. Moreover, since bringing values to bear on science is profoundly complex and potentially fraught with misunderstanding, scientists should engage in conversations with colleagues in the humanities, social sciences, and government. If scientists do not contribute to making decisions about values, others will do it for them, and these people may not have the public interest in mind. Also, non-scientists often lack the technical savvy to inform thoughtful dialogue about science and society.

Medicine is a standout case, where sticky normative and technical issues demand scientific engagement with questions of value. Thanks to collaboration among geneticists, biochemists, and physicians, for example, recent biological research has yielded extraordinarily powerful and extraordinarily precise treatments for cancer. This work shows us that cancer is influenced by genetics, environmental pollutants, and infectious agents (Morris et al. 1995; Czene et al. 2002; Soto and Sonnenschein 2010), but it cannot tell how much money and effort should be devoted to cancer detection, how much to cancer treatment, and how much to environmental cleanup and pollution reduction. Yet, cancer researchers can contribute to conversations about these issues in important ways and thereby change the trajectory of public health. For example, scientists can gather data that link dollars spent on environmental cleanup to decreased cancer rates (e.g., Morisawa et al. 2007), and they can help see that the results from their research are applied in the broad public interest and not manipulated for the benefit of a few.

Such social engagement can reap benefits for science as well, including the opportunity to work on vexing and socially relevant issues. With relevancy can come greater funding, a larger stage for presenting scientific findings, and opportunities for large-scale collaboration. With greater social interest in research can come greater attention to scientific accuracy and greater attention to replication and validation (e. g., Fang et al. 2012). In addition, creativity and inspiration can stem from interdisciplinary conversations in which one field stimulates thinking in another—sometimes in a way that, thanks to the limitations of disciplinary language and disciplinary paradigms, would not have been possible otherwise. For example, the economist Thomas Malthus’s Essay on the Principle of Population, with its argument that the growth of any population is eventually checked by the scarcity of resources available to sustain it, had a definitive influence on the biologist Charles Darwin when he wrote his Origin of Species (Vorzimmer 1969).

This is not to say that all scientists must be engaged in conversations on the normative dimensions of their work or even have an interdisciplinary perspective. But some scientists—in fact, many—must be willing to confront normative considerations and work across disciplinary boundaries. This openness to questions of value also requires institutions that help scholars grapple with an increasing array of complex dilemmas and perennial questions about the human condition. After all, if the academy cannot help us to understand who we are and what we should do with the opportunities and constraints given to us, then it has little purpose at all. 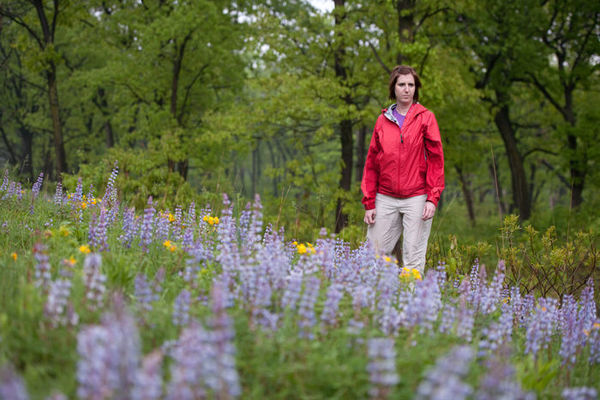 Collaboration across the disciplines, in ways that bridge the descriptive and the normative, can produce significant results. Consider climate change. The climate is steadily but profoundly shifting due to the human emission of greenhouse gases. These climatic changes affect species and ecosystems worldwide, such that some species will decline and even go extinct. This risk to biodiversity should be an important motivation for reducing greenhouse gas emissions. But there might also be ways that humans, through ecosystem management, can help species and ecosystems deal with the effects of climate change even as concentrations of greenhouse gases steadily increase (Sala et al. 2008). All of these management strategies, however, come with costs, uncertainties, and possible side-effects, raising key questions about whether, when, and how to act. Scientists cannot answer these questions alone: they must participate in conversations about values to help society weigh the pros and cons of different courses of action and identify solutions for the greatest public good.

Scientists have learned a significant amount about species’ responses to climate change and what management strategies might be appropriate. For example, research shows that species shift geographically to account for changing climatic conditions; the historical records suggest that geographic response dominated over evolutionary change as the leading biological response to climate warming (Davis and Shaw 2001). Yet, not all species shift when the climate changes. Less abundant and geographically restricted species probably decline in numbers and go extinct with warming, and at least one case is known from the fossil record (e.g., Jackson and Weng 1999). Given the rapid rate of modern climate change and a landscape dominated by habitat loss and human modification (Haberl et al. 2007), decline and extinction is likely to be more prominent today than it has been in the past (Periera 2010).

Here is where a climate-change biologist first confronts the normative. The science suggests that climate change is likely to have significant consequences for biodiversity. But this sensitivity isn’t neutral—it arises from a change that humans caused, making culpability part of an otherwise scientific issue. Should we stand idly by and let nature (thanks to human-caused climate change) take its course, or should we intervene like doctors to try to achieve a particular outcome (an outcome that society values) and help species in their struggle with climate change?

Part of the answer to the question is technical. For example, we can evaluate the utility of different approaches. What strategies would be most effective, conferring the greatest benefit or incurring the least risk of negative side-effects? In exploring these “how” questions, however, we inevitably flirt with “why” questions, normative questions. For example, who should decide when action—such as moving a species to new areas—is appropriate? How much money should we spend in taking action? Can we defend inaction if critical biodiversity is lost from climate change? On the other hand, can we defend our actions if unanticipated consequences of those actions turn out to be significant?

The answers to these normative questions are unclear and may depend on the location, situation, and stakeholders in question, but they can be informed by scientific insight. Scientists can help decision-makers grapple with the uncertainty of nature, explaining the difference between noise and knowledge. They also can invite conversation about how we find ourselves in the climate-change predicament in the first place and help navigate complex decisions to the betterment of humanity and the environment. Finally, scientists are in a unique position to help society articulate the various steps it could take to protect the things it values (Hellmann et al. 2011).

Sometimes social values conflict, and science can play a role here as well. In the case of biodiversity and climate change, for example, few would argue that biodiversity has no value, but there are probably limits to its value. Should the government pass laws capping carbon emissions and levy taxes for expensive carbon-sequestration projects in order to protect biodiversity? Or should free markets and private property trump conservation objectives in some cases? Scientists can contribute two things to this kind of political debate. First, they can act as “measurers”: they can demonstrate the consequences of species extinction and the costs and benefits of different courses of action (e.g., see Millennium Ecosystem Assessment 2005). Such measurements will likely have some impact upon deciding what to do. Second, scientists can act as citizens of goodwill, ensuring that debates are not hijacked by those with interests other than those of the public at heart—by, for example, corporations intent on gaining profit, no matter the harm they do to the environment. 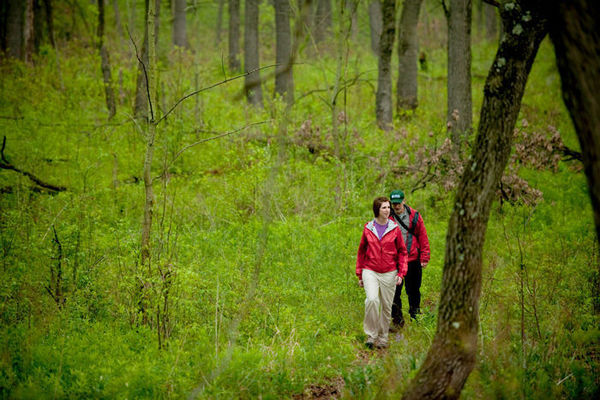 Abdicating decisions about how scientific theories are applied is itself a decision about values. It implicitly values democratic and free-market processes with little or no participation by scientists as the best way to make decisions, including decisions about how to act in response to scientific conclusions. Yet, scientists are both citizens and frequent recipients of public funding, giving them a duty to participate in these decisions. This duty is magnified by the fact that scientists are often the ones who most fully understand their own research.

While we have argued for scientific engagement in the normative, we recognize that scientists have quite a bit to lose when engaging in discussions about values because they can at times sacrifice data-based objectivity and adherence to the scientific method. We are certainly not arguing that scientists replace their worldview with another, more subjective, perspective. Instead, we claim that engaging with the normative can be a natural and necessary extension of scientific inquiry and that scientists should have a seat at the table, so to speak, when questions of value arise. Because it is critical to delineate the descriptive from the normative in conversations and decisions about values, it is wise, in our opinion, for scientists to approach such conversations in an interdisciplinary way—ideally, in collaboration with humanists. This approach helps scientists avoid the risk of seeming too subjective and gives them a broader perspective. With interdisciplinary collaboration, furthermore, scientists can become more effective at communicating their own work to society, which is critical for making informed decisions in our complex world.

Fang, F. C, R. G. Steen, and A. Casadevall. 2012. Misconduct
accounts for the majority of retracted scientific
publications. Proceedings of the National Academy of
Sciences 109: 16751-16752.