Image, Imagination, and Participation in the Divine 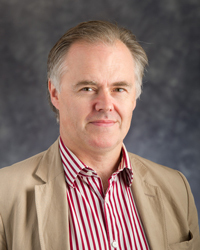 Much scholarship is dedicated to very minute and specialist work. I am temperamentally drawn to a much broader canvas—for the last decade I have been working on the idea of the religious imagination. Yet although it can be thrilling to work on a broad topic, it can also have its problems and dangers. It is an immense privilege to work at the NDIAS and it is my good fortune that my project overlaps with the work of other Fellows of the Institute in myriad ways. I can test out my thoughts and arguments in a critical and yet sympathetic context. The Institute is a remarkable model of learning and mutual exchange, especially for a scholar like myself who relishes the big ideas.

The Catholic tradition and the mission of the NDIAS have provided a very fecund context for my research this year. Whereas an interest in “religion” can often be perceived with suspicion in the contemporary academy, the Institute provides a context where religious problems can be addressed “head on” and yet in a critical and proper analytical manner. The NDIAS has a unique concentration of scholars with roots in the Catholic intellectual tradition, even when their projects do not focus on Catholic topics. Integration of disciplines as well as being in a community where significant questions are examined is also important to my work due to the many issues and questions that link directly to other disciplines and fields. The Institute has provided me with an opportunity to systematically draw on the insight of other scholars by building a community with a strong commitment to shared contemplation; this has become a great resource for my project.

The title of my project is The Iconic Imagination. Shakespeare’s paean to the imagination in the speech of Theseus in A Midsummer’s Night Dream extols the poet’s prophetic eye glancing “from heaven to earth, from earth to heaven,” “bodying forth” and giving shape to “things unknown.” The imagination becomes in the Renaissance and Romanticism a vehicle of Divine revelation. Yet this pivotal concept of the “imagination” raises philosophical questions that have absorbed and intrigued philosophers from Aristotle to Ryle, Collingwood, Wittgenstein and Sartre. One cannot avoid the philosophical dimension of the image. In English we can distinguish between a picture and image; in German “Bild” conveys both. Whereas a picture is a material object, an image may be mental. Thus “image” is the more expansive and illusive term. Is it a mere accident of etymology that the English word “imagination” contains the “image”? In The Iconic Imagination I reflect upon the relationship between imagination and images in aesthetic, theological and metaphysical terms.

In English literature and art history, there has been a strong interest in the so called “iconic turn.” Writers like W. J. T. Mitchell in the U.S. and Gottfried Boehm in Switzerland have probed the philosophical and anthropological dimension of the image in the context of photography, cinema and the digital age. Yet both of these thinkers relate such an “iconic turn” (or pictorial turn) to classical topics in aesthetics such as “mimesis” or “ekphrasis.” Mitchell and Boehm are frequently drawing upon the Romantic interest in the imagined “image” and subsequent critiques by philosophers such as Heidegger, Gadamer and Rorty.

Yet the theological aspect is ineluctable because the human imagination, art, and religion have been historically so closely linked. Many of the objects which one can observe in museums were originally in temples, mosques or churches: sacred places of worship. Sometimes the relationship between art and the sacred has been conflictual, even violent. An integral element in this deep but ambivalent relationship is clearly the role of the imagination. Consider an image like the Indian icon of the “dancing Shiva.” There is a theological or metaphysical dimension to the object as the representation of an aspect of supreme reality. There is also a mythological dimension, which is the narrative that surrounds and supports the image of the Deity. Finally, there is the ritual aspect of the object, which is how it should be consecrated and used.

The great religions take very different stances over images. Hinduism is replete with images. Islam is hostile to representations of the Divine and even the human form; indeed images can be the source of outcry and outrage as dangerous idols. Christianity occupies a middle ground between the two in its doctrine of the incarnation. Yet even within Christianity, there are fierce divisions over the status of images of the Divine. Since arriving in Cambridge, I have used the opportunity to work with experts in non-Western religious traditions and have developed a deep interest in both Islam and Hinduism in particular. This project draws upon my own collaborative work with scholars of Islam and Hinduism and reflects the fruition of sustained grappling with the problem of image and imagination in comparative religion.

The Iconic Imagination also draws together strands of my interest in the Platonic tradition of Western philosophy. It explores the idea of seeing an invisible God and the image implicit in the Platonic conceptions of participation or likeness—a strand of thought which influenced Islam and Jewish traditions as well as Christian. Plato famously presents the physical cosmos as “participating” in the ideas. Aristotle dismissed this as merely a poetic manner of speaking. Yet the idea of “participation,” through the influence of Neoplatonism, was a pivotal aspect of late antique and medieval thought (e.g., Aquinas). It is, however, almost entirely absent in modern philosophy—no major western philosopher from Descartes to Nietzsche employs the word “participation.” It becomes part of what C. S. Lewis famously described as the “discarded image.” To what extent does the status of the “image” change through the erosion or loss of a broader metaphysical idea of participation in or imaging of an intelligible cosmos? 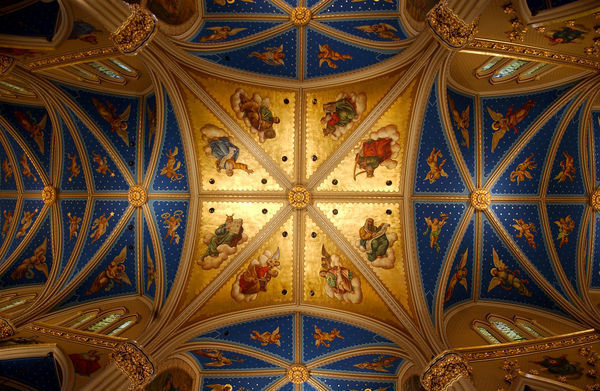 With my project’s title, I am using the term “iconic” rather loosely. I do not wish to discuss the Byzantine or Orthodox Icon, but I am using the term in order to express a particular view of the imagination as furnishing glimpses of transcendent truth. My Iconic Imagination is an attempt to bring this period of reflection on the imagination to a conclusion. In this volume, I wish to explore the role of images in both the paths of affirming and denying knowledge of the transcendent. Why are certain images often viewed as bearers of non-propositional knowledge of the Divine? Why are some images often viewed as barriers to an adequate apprehension of an invisible Deity and potentially idolatrous? Some philosophers have been keen to stress the metaphors we live by—that is, how much our conceptual apparatus is basically metaphorical. Behind such laudable attempts to insist upon the imaginative dimension of the relation between mind and world, we find a deep nominalism. I do not find the nominalism or anti-realism motivating such theories appealing or convincing. Hence, I would rather stress “images that we live by.” Images can bear a relation to the word that is not merely figurative—images, and we see this in the sacramental practice of Christendom, can bear the imprint of their archetype.

The strong philosophical dimension of the Institute has been important for my research, no less because this dimension is broadly constructed. The promotion of collaboration and engagement among the members of the community have enabled me to think in new directions and in dialogue with a number of other disciplines, especially on very large questions such as how the relationship between images and concepts draws on propositional and non-propositional knowledge. Particularly helpful for me has been the tremendous rigor, lucidity, and precision with which philosophers at the Institute (Robert Audi and Carl Gillett) have examined my work, as well as challenged and stimulated my reflection on the source of values. It has also led to further questions about the varied contexts for these questions of value, questions that colleagues at the Institute were quite helpful in exploring with me.

For example, a key question in relation to the image is that of power; images exert power and influence. Because I do not have a background in political theory, engagement with political theorists (Gladden Pappin), and even literary scholars who address political questions and culture (Ethan Guagliardo), have led me to challenge some of my initial assumptions and to reflect, often with these individuals, on the political dimensions of images.

The tradition in Christendom with the most explicit attention to the image, particularly with respect to the icon, is Byzantine. There are fascinating questions about Greek and Latin Christianity as well as divisions in Western Christianity over the status of the image. The Catholic emphasis has been on the image while Protestant emphasis has been focused on the critique of the image in favor of the Word. Anyone working on icons or images cannot avoid the pivotal significance of the specifically Byzantine tradition, notably its influence on the West and particularly Renaissance art as well as the reaction from the West to the Byzantine iconic tradition. New questions emerged for me this year about the relationship between political culture and the power of the image in the eastern tradition as I worked in community with specialists on Russian history and the Orthodox Church (Scott Kenworthy and Brandon Gallaher) whose knowledge and recommendations with respect to the Russian Revolution and comparative study of Christianity in the West and East provided additional direction and a specific context to explore, enriching my understanding of the issues surrounding image and icon.

The opportunity to work alongside Jonathan Marks, the other Templeton Fellow in residence at the NDIAS this year, has also been deeply enriching. One of the puzzles I address in my monograph is the idea of humanity in the image of God. Jonathan has confirmed my opinion about how biology per se tells us little or nothing about the normative and spiritual dimension of human experience. Jonathan’s work on our nature as bio-cultural “ex apes” makes the popular biological determinism of much writing about human nature (e.g., in evolutionary psychology) seem both speculative and deeply improbable. If the thumb developed alongside tools, one would expect much of our inheritance to be cultural as well as purely biological. I encouraged Jonathan to read Vico and Jonas; he has opened a whole vista of contemporary anthropological reflection to me. Jonathan has reinforced my conviction that we are deeply imaginative creatures.

Another opportunity this year has been that of working with two exceptional research assistants, Sarah Lovejoy and Jack Yusko. These two students have been extremely resourceful, diligent and helpful to my work this year. They have also been a delight to work with.

The Institute has afforded me this year the requisite balance of stimulus and opportunity for dialogue and exchange while allowing me enough space to write and pursue particular avenues of research. Attending various seminars in philosophy and theology and my engagement with faculty and students has provided me with first-hand experience of the remarkable academic culture of the University of Notre Dame; I have been reminded that place and community do matter to one’s research. I expected that my Templeton Fellowship at the NDIAS would be productive. What I did not anticipate is that it would be such a transforming experience.

Douglas Hedley
2013-2014 Templeton Felllow at the NDIAS
Reader in Hermeneutics and Metaphysics, University of Cambridge