The Invisible Aspects of Human Evolution 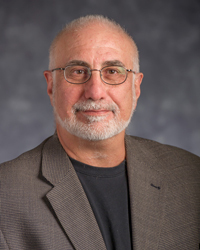 Ancestry is a bio-political topic.

That is to say, it has meaning that is partly made up of the natural facts of procreation but also of cultural facts, such as whose ancestors were superior to others, and whose story of descent is truer. When it comes to species, and particularly the species Homo sapiens, evolution is the relevant story of descent, and by the standards of reliable knowledge production at our disposal (that is, “science”), it is the truest.

When we conceptualize the ancestry of our species, there are certain areas in which the data constrain us strongly—because we have a lot of fossils—and certain areas where we are more or less freed from those constraints. A century ago, for example, it was widely thought that the (large) human brain evolved before the (small) human canine teeth. Fossils discovered in Africa since the 1920s, however, have shown that, rather, our teeth evolved before our brains. Indeed, we now know that our remote ancestors had feet, legs, pelves, and teeth like ours long before they had brains like ours.

But there is also much that the fossil record doesn’t tell us about the origins of the human condition, and that it cannot tell us. After all, the human condition is not simply a biological state, but a bio-cultural state. Back when our ancestors were small-brained bipeds, about two-and-a-half-million years ago, they figured out that by banging rocks together they could make sharp edges, and that those sharp edges could transform the things around them in useful ways. Chimpanzees can’t do that because, in spite of their anatomical and genetic similarities to us, they have neither our large, strong brains nor our large, strong thumbs. In other words, our organic properties of dexterity and intelligence appear to have co-evolved along with our earliest technologies. Human evolution is thus fundamentally the transition from biological processes and properties to bio-cultural ones.

Another example of the co-evolution of the organic and non-organic involves our hair. Human head hair, unlike that of chimpanzees, usually keeps growing. Without the means to cut and tend it, then, our hair will overgrow our sensory organs—an unusual and presumably highly maladaptive situation. To understand it, we need to realize that our hair is not merely a biological feature, but a bio-cultural feature. It universally conveys symbolic and social information about us. Indeed, the earliest depictions of the human form that we have—the “Venus” carvings from about 25,000 years ago—show the hair carefully tended, even back in the Stone Age. Presumably hair served more-or-less the same social functions back then that it does universally in our species now. Once again, that plainly implies that hair growth must have evolved in concert with the technological ability to maintain it.

The problem, though, is that we don’t—and can’t—know much more than that. The reason is that we are now talking about the symbolic, the social, and the physiological features of our species, none of which is retrievable in the ancient human fossil record, which is limited to the world of osteology and lithics, or more euphoniously, of bones and stones.

And yet there is so much more to the emergence of humanity. Over 100,000 years ago, we find bones bearing the final anatomical hallmarks of the human condition, notably foreheads and chins. Yet the people with those foreheads and chins, who looked like us skeletally, were living lives fundamentally like those that Neanderthals lived, without foreheads and chins. Not only did these anatomical humans lack domesticated plants or animals, metallurgy, and writing, but even drawing—all of which lay tens of thousands of years in the future.

This gets to the core of my research as a Templeton Fellow at the NDIAS and for my upcoming symposium on “The Invisible Aspects of Human Evolution.” There are many things that make us human, but only a few of them are even accessible in the archaeological record. Consider language, which differentiates us from the apes (who at best are capable of a small bit of human communication, after far more intensive training than humans require or receive). Communication doesn’t fossilize, nor does the tongue or larynx, whose human forms differ from those of the apes and which permit us to articulate our thoughts. How, then, can we recognize language, or even proto-language, in our ancestors?

Or consider kinship. An ape may have a conception of “mother” but certainly none of “father” —much less of “uncle” or “grandma.” Apes mate, but don’t marry, which means that they do not have a conception of “in-laws.” Yet again, all of these new kinds of relations—father, grandmother, in-laws—originated somehow. But not only are they not fossilized, they are not even properties of humans themselves; they are relations between humans. We can’t excavate those relations, but they are human universals in one form or another and require some kind of a scientific origin story. 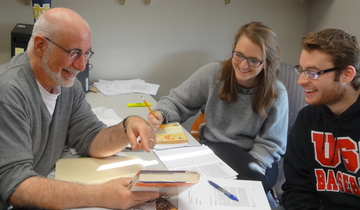 Or religion. Anthropologists tend to define religion rather more broadly than theologians, searching for a baseline that can incorporate the social, emotional, intellectual, and moral aspects of human life around the world. This often involves ideas such as animism (the attribution of sentience and agency to inanimate things); this might be an application of a novel property of the human mind, to think in similes. If my neighbor can be angry at me, maybe so can the wind. Another basic idea is taboo, the assignment or recognition of spiritual power in things or acts—from not eating certain foods, which are nevertheless edible, to not mating with certain people who are nevertheless sexually mature. If our ancestors were perpetually on the brink of survival or extinction, it would seem to be supremely maladaptive to reject certain kinds of foods. Most fundamentally: Why bury Uncle Bob, when his corpse could feed us for a week? The answer must be that somehow the merits of seeing cannibalism as a symbolic act outweigh the merits of cannibalism as a nutritional act. A third idea relating to religion is ritual—the repetitive and coordinated activities that people perform, either alone or together, almost without thinking about the activities, simply because it is what they are supposed to do. As a recent advertising campaign for Bud Light tells us (while playing the old Stevie Wonder song, “Superstition”), “It’s only weird if it doesn’t work.”

These invisible aspects of human evolution all involve a division of the universe into ordinary things and special things, which are special for reasons that may be entirely recondite—yet, to violate that specialness is to incur terrible social and spiritual penalties. These aspects also obviously involve rule-governed behavior, which is a fundamental property of human social life, yet occurs in many different contexts other than simply religious, and, like many things, is recognizable at best in a rudimentary form in apes. The difference between not doing something because you know you can’t get away with it and not doing something because you understand it to be simply wrong is one of the critical differences between the behavior of apes and people.

Again, this came from something, sometime. But from what and when? And more importantly, how can we ever know, since these mental and social properties don’t leave a fossil trail?

This epistemological problem makes the scientific study of human origins quite unique. We strive for rigor, but our subject matter is the stuff of mythologies. Scholars interested in human origins often don’t quite get that point, however—particularly if they are trained to imagine the biological or natural features of the human condition to be separable from the cultural or symbolic features. But what makes the study of human origins so scientifically unusual is that it involves the loss of the subject-object distance that characterizes the practice of modern science. You simply cannot have the same relationship to your ancestors and relatives that you have with boron or fruit flies. One common trope in the biological literature, then, is to pretend that you are a Martian, for Martians would look at humans “objectively.” In practice, however, that usually involves simply being insensitive to the ethnocentric assumptions you bring to the study of human diversity and origins. Moreover, it involves paradoxically denying the one unimpeachable biological fact about us: that we are humans, studying humans.

We study human origins by recognizing the biases earlier scientific generations brought and hopefully being more sensitive to our own biases. We are the custodians of a sacred narrative—the authoritative, scientific story of who we are and where we came from. We are obliged to be consistent with ethnographic data and with primatological data. But more than that, we are obliged to acknowledge the reflexive and narrative aspects of our task.

The intellectual area that brings all of these elements together is anthropology, which can usefully be defined as the field that comprehensively studies humans as group members—in groups ranging from as small as the family to as large as the species. It has been characterized as the most scientific of the humanities and the most humanistic of the sciences, emphasizing the inability of contemporary academic classifications to pin it down. It brings the biological and the cultural aspects of the human species together with the material (or technological) record and the linguistic (or cognitive) aspects; and rather than treating them reductively or independently, treats them synthetically and holistically.

The Templeton Symposium on “The Invisible Aspects of Human Evolution” will take place April 14, 2014, and will bring together distinguished anthropological scholars from Notre Dame and across the country, to discuss the ways in which our ancestors transformed themselves from anatomical to social human beings over the last 100,000 years.

Jonathan Marks
2013-2014 Templeton Fellow at the NDIAS
Professor of Anthropology, University of North Carolina at Charlotte