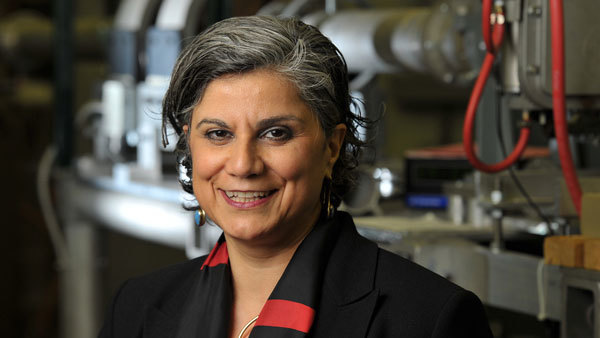 Ani Aprahamian, the Frank M. Freimann Professor of Experimental Nuclear Physics in the Department of Physics here at the University of Notre Dame, presents on her research project, "The Life and Death of Stars: What Nuclei Can Tell Us," to an interdisciplinary group of scholars, artists, and scientists comprised of fellows, guest faculty and students. Professor Aprahamian's research focuses on the evolution of nuclear structure and the impact of various structure effects on stellar and explosive astrophysical processes.

In nuclear structure, the onset of deformation and the viability of collective excited motion is a point of focus for her work. This research is a part of the NSF physics frontier center JINA-CEE (Joint Institute of Nuclear Physics Center for the Evolution of the Elements). Experiments are carried out at the Nuclear Science Laboratory at Notre Dame as well as a number of facilities worldwide, including CARIBU at ANL, the NSCL at MSU, at Jyvakyla in Finland, at Triumf in Canada, and RIKEN in Japan.

Professor Aprahamian has over 185 invited talks at various National and International Conferences and over 180 publications in refereed journals, book chapters, etc. She is active in numerous international and national advisory committees in nuclear science. She is the JINA representative to EMMI (Extreme Matter Institute: Helmholtz Center of Excellence) at GSI. She has served as chair of the scientific council at GANIL in France and as reviewer for the Institute of Physics in the UK.