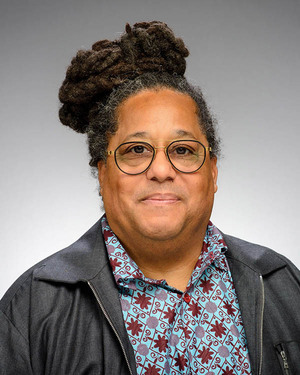 Scott Alves Barton is an Assistant Adjunct Food Studies Professor at New York University. His research and manuscript project, Feeding the Gods: Sacred Nagô Culinary Religious Culture in Northeastern Brazil, is based on over a decade of research in Afro-Brazilian communities. Scott’s research, films, and publications focus on the intersection of secular and sacred cuisine as a marker of identity politics, cultural heritage, political resistance, women’s labor and knowledge, and self-determination in Northeastern Brazil.

Barton’s publications focus on cooking, culinary history, food and faith, Candomblé and Tambor de Mina religious rituals, and rites of passage. A sampling of Scott’s publications includes “Repasting: A Metonymy,” “Now You’re Eating Slave Food! A Genealogy of Feijoada, Race and Nation,” “A Book by Another Name Would Also Be Legible: The Limits of the Bibliography of African American Cookbooks,” and “Food for the Gods: Ewé òòò, á sà, Elogiar as Folhas—Praise the Leaves.”

During his 25-year tenure as executive chef, restaurant/product consultant, and culinary educator, Barton was named one of the top 25 best African/African American chefs by Ebony magazine. He is on the board of the Association for the Study of Food and Society, the Society for the Anthropology of Food and Nutrition, and the African Diaspora Religions Committee of the American Academy of Religion. He is also a member of the James Beard Foundation Cookbook Awards committee and an advisor to the Indigo Arts Alliance. Barton has been a fellow at the Instituto Sacatar, the Fundação Palmares in Brazil, the Institute for Critical Investigation at Vanderbilt University, the Tepoztlán Institute for Transnational History of the Americas, and is an ongoing fellow at Lynden Sculpture Garden in Milwaukee.