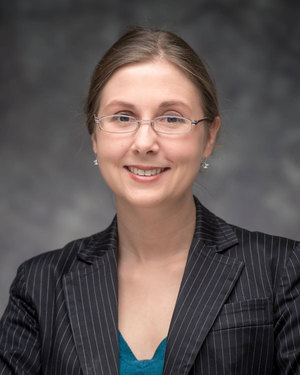 Laura E. Bland is a Visiting Assistant Professor at the University of Houston. Her research examines the cultural and religious background of scientific ideas in the early modern Atlantic World. In particular, she explores how writers without scientific training understood questions about the role of God in nature, superstition, and natural order. At the broadest level, her work contributes to ongoing historical discussions of the “disenchantment of the world,” the decline of magic, and the secularization of society in the late seventeenth and early eighteenth centuries. She received her Ph.D. in the History and Philosophy of Science at the John J. Reilly Center for Science, Technology, and Values at the University of Notre Dame with a dissertation that compared Catholic and Protestant conceptions of superstition and divine intervention in nature as they were articulated in several hundred pamphlets printed in the wake of the “Great Comet” of 1680 in Spain, England, New England, and Latin America.

Bland has presented her research at the Sixteenth Century Society, the Renaissance Society of America, and the Latin American Studies Association. In addition to participating in Notre Dame working groups in the history of science and the history of medicine, she has worked with the executive offices of the History of Science Society.

Bland was awarded the Paul G. Tobin Dissertation Fellowship by the Nanovic Institute for European Studies in 2014. She has received research support from the Nanovic Institute and the Institute for the Liberal Arts, as well as a grant from the Center for Languages and Cultures to study Dutch and undertake archival research in Belgium and the Netherlands. She has also received residential grants from the John Carter Brown Library in Providence, Rhode Island, and the Dibner Fellowship in the History of Science and Technology from the Huntington Library in Los Angeles.