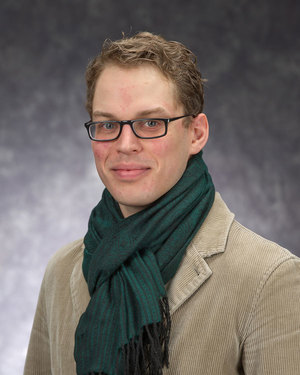 Richard Oosterhoff is a Lecturer at the University of Edinburgh in the School of History, Classics, and Archeology.

With the CRASSH project, Genius before Romanticism: Ingenuity in Early Art and Science, he has been researching a monograph on the "untutored mind" in Early Modern Europe. Between 1450 and 1750, European intellectuals increasingly found inspiration in the ingenuity or "common sense" of artisans, laypeople, women, farmers, and non-Europeans. The eyes of simple faith see farthest, argued Protestant and Catholic reformers alike. For "moderns" from Montaigne and Francis Bacon to Rousseau, it is the naïve mind, undefiled by books, that sees most truly. Through popular theological works, educational treatises, recipe books, travel narratives, the growing genre of how-to books, and philosophical works, this study traces the early modern expansion of the conviction that unlearned knowledge is most trustworthy.

Past and ongoing projects pick out paths through the topics of friendship and the social practices of knowledge communities, the senses, early modern data management, the history of print and reading, the visual culture of early mathematics, apprenticeship patterns for learned and craft knowers, women teachers in the Reformation, and—increasingly—global and comparative approaches to early modern history. He is currently editing a collected volume, Ingenuity in the Making, on materials, technique, and craft culture. (See more at cambridge.academia.edu/RichardOosterhoff.)

Two books are forthcoming in 2018. The first will be Making Mathematical Culture: University and Print in the Circle of Lefèvre d'Étaples, Oxford-Warburg Studies (Oxford University Press). The second is the result of an experiment with collaborative modes of authorship in the humanities, in collaboration with Alexander Marr, Raphaële Garrod, and José Ramon Marcaida, resulting in the monograph Logodaedalus: Word Histories of Ingenuity in Early Modern Europe (Pittsburgh University Press). 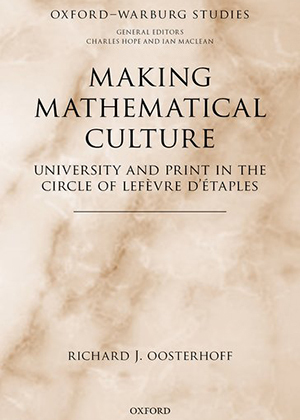