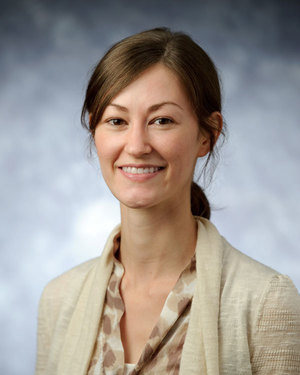 Laura Rominger Porter is a Ph.D. candidate in history at the University of Notre Dame and currently a Graduate Fellow at the Notre Dame Institute for Advanced Study. Her dissertation, “From Sin to Crime: Evangelicals, Politics, and Public Moral Order in the Nineteenth-Century Upper South,” examines links between evangelical church discipline and the rise of moral legislation in the nineteenth-century upper South, and how these interconnections shaped regional debates over the role of ministers and churches in public affairs.

Ms. Porter has taught in the fields of western civilization, United States history, religious history and Southern history, and has presented her research at meetings of the Filson Historical Society, The American Society of Church History and the Research Institute on English-, German-, and Romance Language-Speaking Cultures (IMAGER) in Paris, France. In addition to reviews in The Southern Historian and The Journal of Southern Religion, Ms. Porter has published three articles, including “The Bible, Commonsense, and Interpretive Context: A Case Study in the Antebellum Debate over Slavery” in Fides et Historia, and “Church Government and the Body Politic: The Religious Logic of Secession in Tennessee” in the Tennessee Historical Quarterly. A fourth article is forthcoming in the conference proceedings of “Profane Imprints on the Sacred: What Religion Owes to Politics” (IMAGER), to be published as part of the “Sciences des Religions" series of the Presses Universitaires de Rennes.

Ms. Porter has received numerous grants in support of her research, including awards from The Kentucky Historical Society, The Filson Historical Society, The Southern Baptist Historical Library and Archives, The Zahm Research Travel Fund, and The Institute for the Study of Liberal Arts. She was a finalist for the 2011-2012 Charlotte Newcombe Dissertation Fellowship and the 2012-2013 Postdoctoral Fellowship at the Princeton University Center for the Study of Religion. This summer, her research will be supported by a grant from the Mellon Foundation. 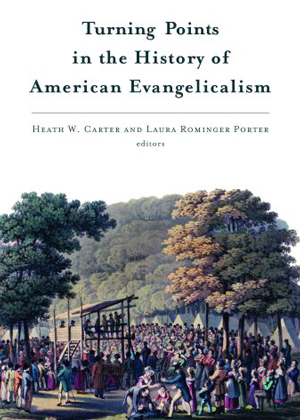 Turning Points in the History of American Evangelicalism