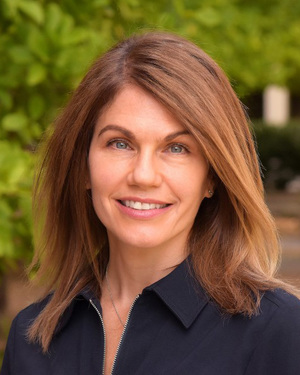 Denise Walsh is Associate Professor in the Departments of Politics and Women, Gender & Sexuality at the University of Virginia. Professor Walsh investigates how liberal democracies can become more inclusive and just. ​Her current book project, Weaponizing Rights: The Politics of Debating Culture and Women’s Rights in Liberal States, investigates how liberal states integrate non-liberal groups and assesses whether they should try to do it at all. The project compares policy debates about the right to culture and women’s rights in three dissimilar cases: indigenous women’s expulsion from the band for marrying non-native men in Canada, polygyny in South Africa, and the adjudication of the French face veil ban by the European Court of Human Rights.

Professor Walsh is currently pursuing a project on backlash and obstruction to women’s political participation, which includes a co-authored introduction on “Backlash and the Future of Feminism” recently published in Signs: Journal of Women in Culture and Society. Professor Walsh has co-edited five journal symposia on topics ranging from gender politics in sub-Saharan Africa to diversity in the profession and backlash against feminism. Professor Walsh also has published journal articles and book chapters on topics such as gender and citizenship, gender quotas, party politics, multiculturalism and women’s rights, and the quality of democracy. Professor Walsh’s first book, Women’s Rights in Democratizing States (Cambridge University Press, 2011), compares South Africa, Poland, and Chile and finds that when public debate is more open and inclusive, women’s rights advance. She has served on the editorial board of Politics, Groups and Identities, and is a member of the incoming, diverse, first all-women editorial team for the American Political Science Review.

Professor Walsh’s research has been supported by extramural grants from the National Science Foundation (NSF), United States Agency for International Development (USAID), and the Institute for Women’s Studies at the University of Michigan. She has been a visiting scholar at the Collegio Carlo Alberto in Italy and the Dickey Center for International Understanding at Dartmouth College.