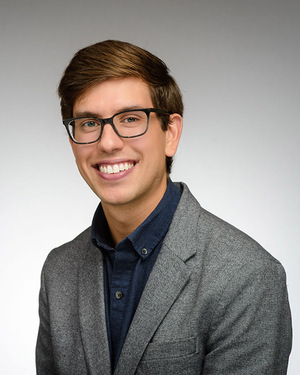 Jacob Kildoo is a doctoral candidate in Theology at the University of Notre Dame, working on Islamic studies. His main scholarly interests include Qur’anic studies, premodern Islamic theology, Muslim-Christian relations, comparative theology, and philosophical theology. In his research, he focuses on the unique ways in which theological frameworks structure religious people’s approach to understanding the world. Kildoo’s dissertation is titled “The Qur’an’s Epistemology: A Scriptural Approach to Human Knowledge” and explores the nuanced way in which the Qur’an depicts the processes by which humans come to know.

His research has appeared in the Journal of Religion (forthcoming, July 2022).

Kildoo received his bachelor’s degree from Notre Dame in philosophy and Arabic studies and his master’s from Washington University in St. Louis in Jewish, Islamic and Near Eastern studies. He has presented his research in settings such as the International Qur’anic Studies Association, the Society for Biblical Literature, and the Catholic Theological Society. He has received the Hritzu-Erikson Award for Arabic Studies from Notre Dame’s Classics department, the Summer Language Abroad (SLA) grant from Notre Dame’s Center for the Study of Languages and Cultures, and the Athletic Coast Conference (ACC) Postgraduate Scholarship.