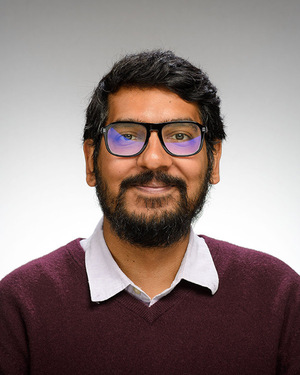 Arpit Kumar is a Ph.D. candidate in the Department of English at the University of Notre Dame. His current research examines eighteenth-century literary representations of British sociability — or literature emerging out of sociable formations such as coffee-houses or literary clubs — to investigate their influence upon the socio-political landscape. His dissertation considers those undervalued literary performances that are shaped in comparative imperial contexts and in the proximate presence of forms of racial and civilizational otherness. A critical aspect of the project is to map the ways in which the eighteenth-century literature of sociability resisted as well as contributed to the twin processes of nation and empire building. For this purpose, he traces the unexpected intersections of gendered, class-based, and racial discourses in the generation of power-effects. He asks how literary and philosophical imaginings of various sociable dispositions and sociable communities propagate or subvert mutating forms of national and imperial identity. He seeks to answer the question by analyzing instances where models of sociability (“politeness”, e.g.) or sociable communities “travel” across empires.

Kumar has presented his work at ASECS (American Society for Eighteenth-Century Studies) and is a member of INCH (the International Network for Comparative Humanities). During his time at Notre Dame, Kumar has taught a class titled “Sociable Women in the Public Sphere” for the Department of English and served as an instructor for the University Writing Program. He was awarded the Outstanding Graduate Student-Teacher award in 2022 for excellence in teaching.

Before joining the Ph.D. program at Notre Dame, Kumar served as Assistant Professor of English from 2015 to 2018 at two separate constituent colleges of the University of Delhi. He completed his M.Phil. dissertation with a distinction in 2016 and was awarded the Junior Research Fellowship in 2014.